On the site of the Verdi Volkshausgarten, new office space is to be created, as well as apartments and public uses such as an event hall, kindergarten and commercial space on the first floor.
The identity of the project area is already characterized above all by its impressive vegetation. The existing trees shape the space and determine the atmosphere. By separating this from its surroundings and defining it with framing buildings, we create an inside and outside, an important characteristic of a real garden, the new Volkshausgarten.
On Karl-Liebknecht-Strasse, the new development of the courtyard is visible in an address-forming way and at the same time invites with transparency and openness into the area. The building heights are basically oriented to the very different and partly listed surrounding buildings. Future work and living spaces require flexibility, but also the offer of different high-quality spatial situations for communication and concentration. The open flexible structure with different room depths is preceded by a facade layer, which on the one hand can accommodate ecological aspects of biodiversity and on the other hand effects a differentiation of the inner rooms. 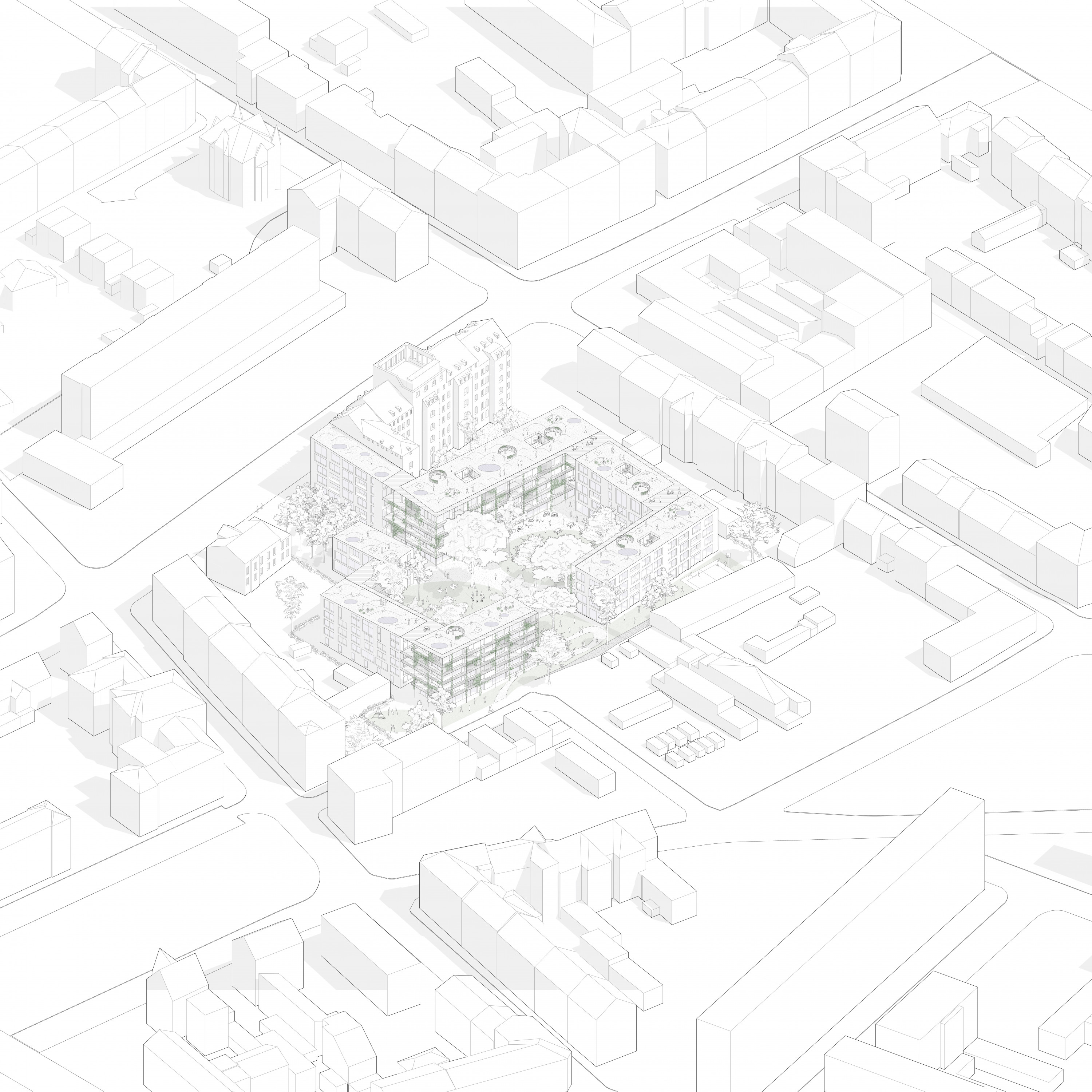 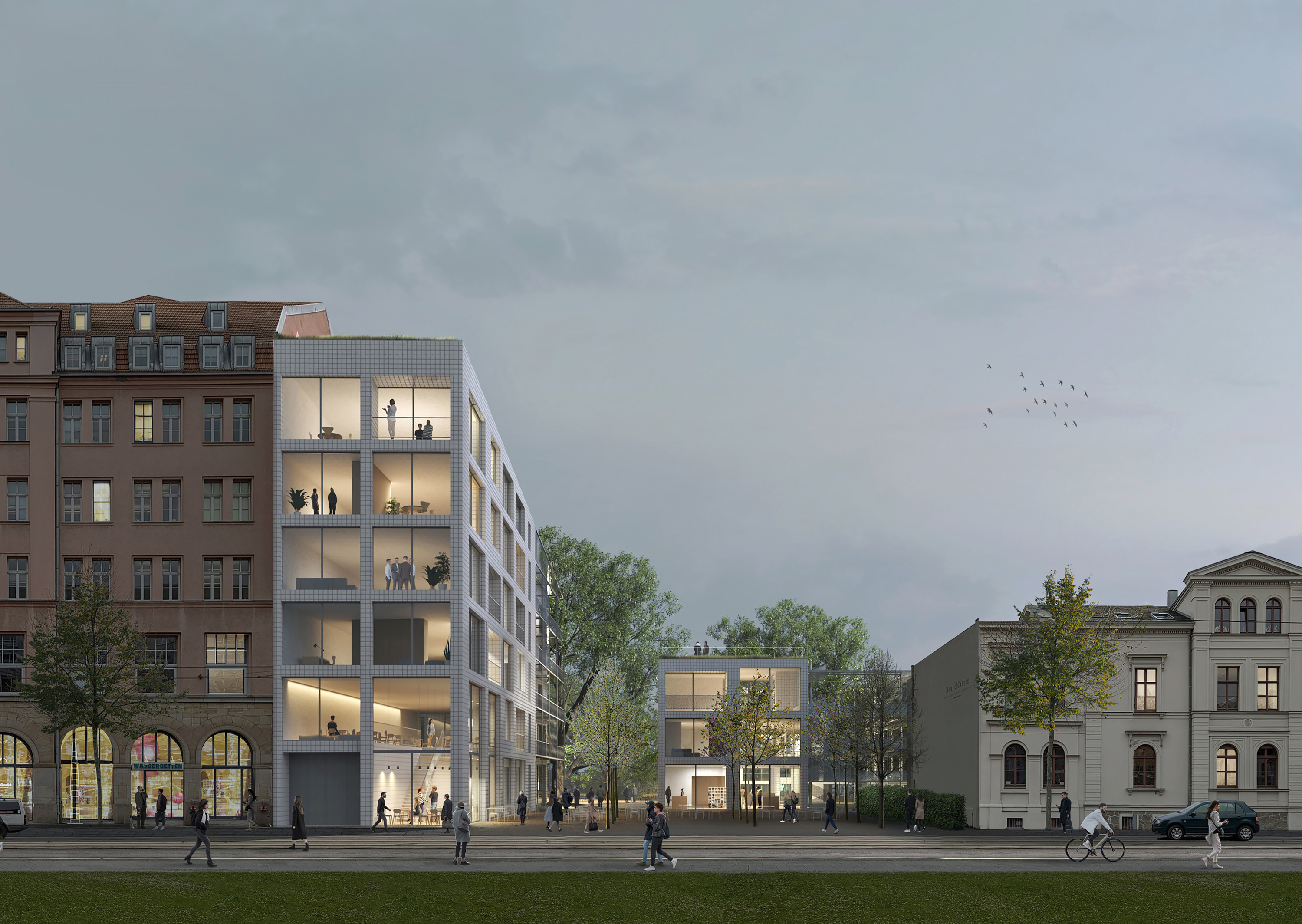 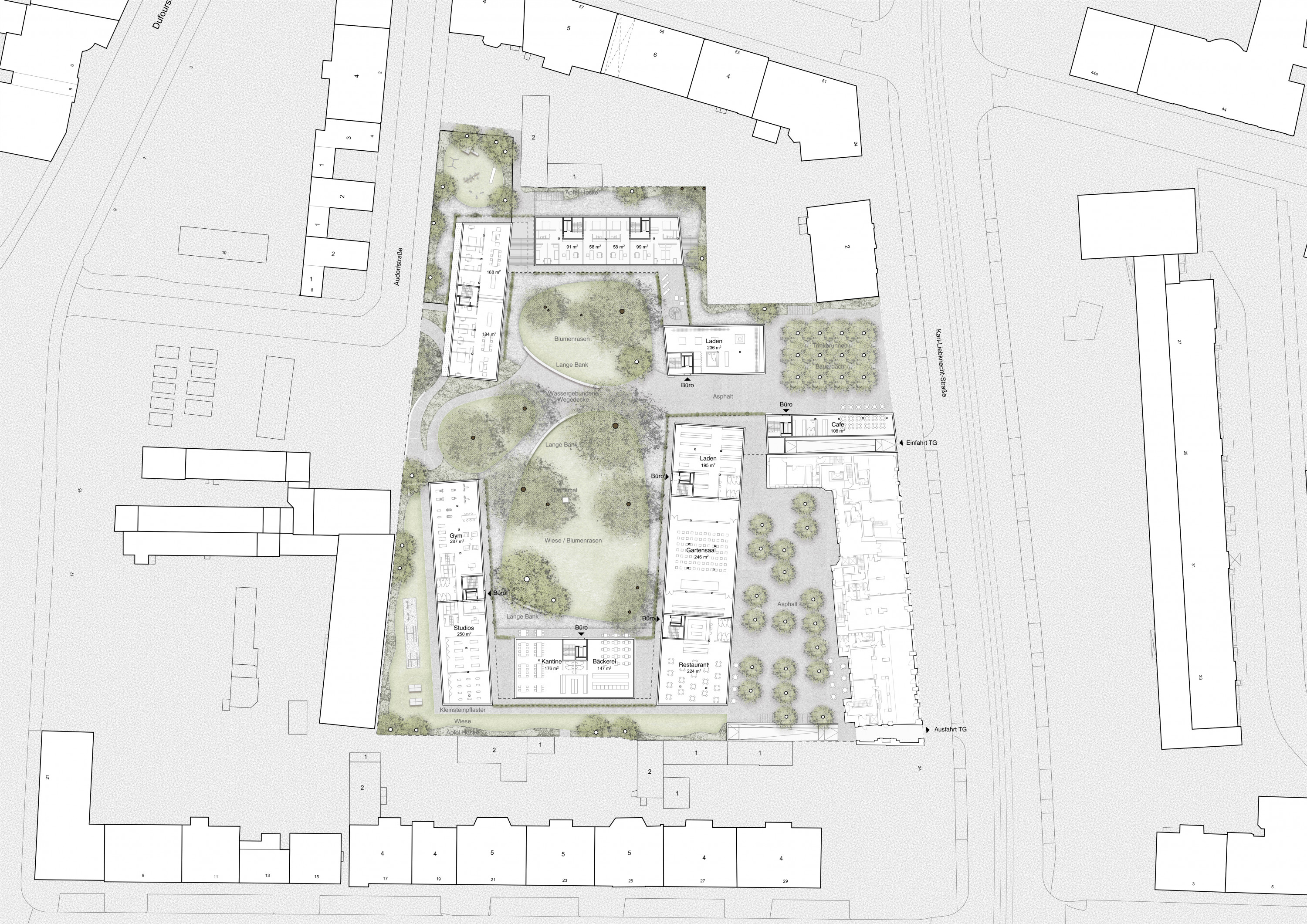 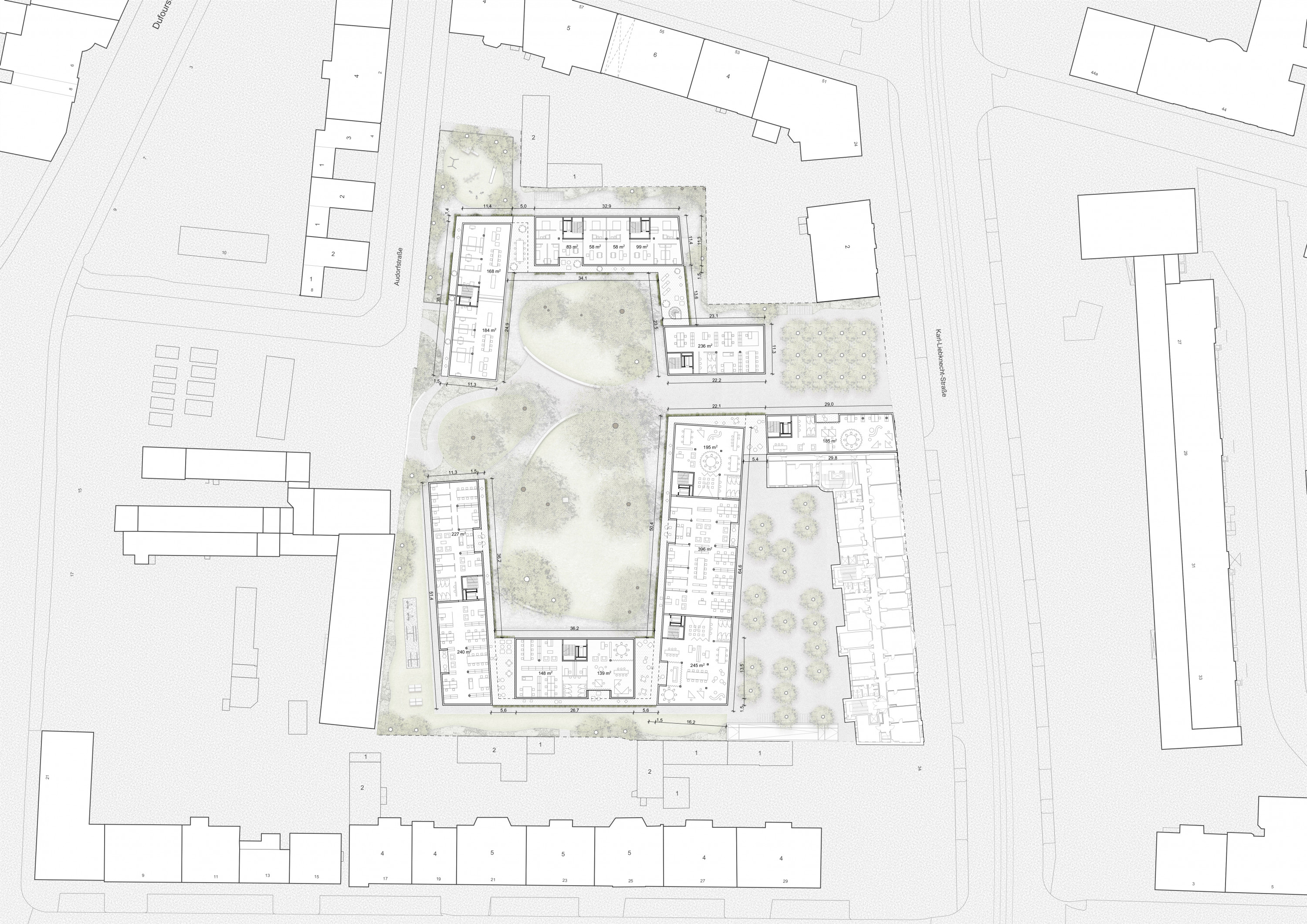 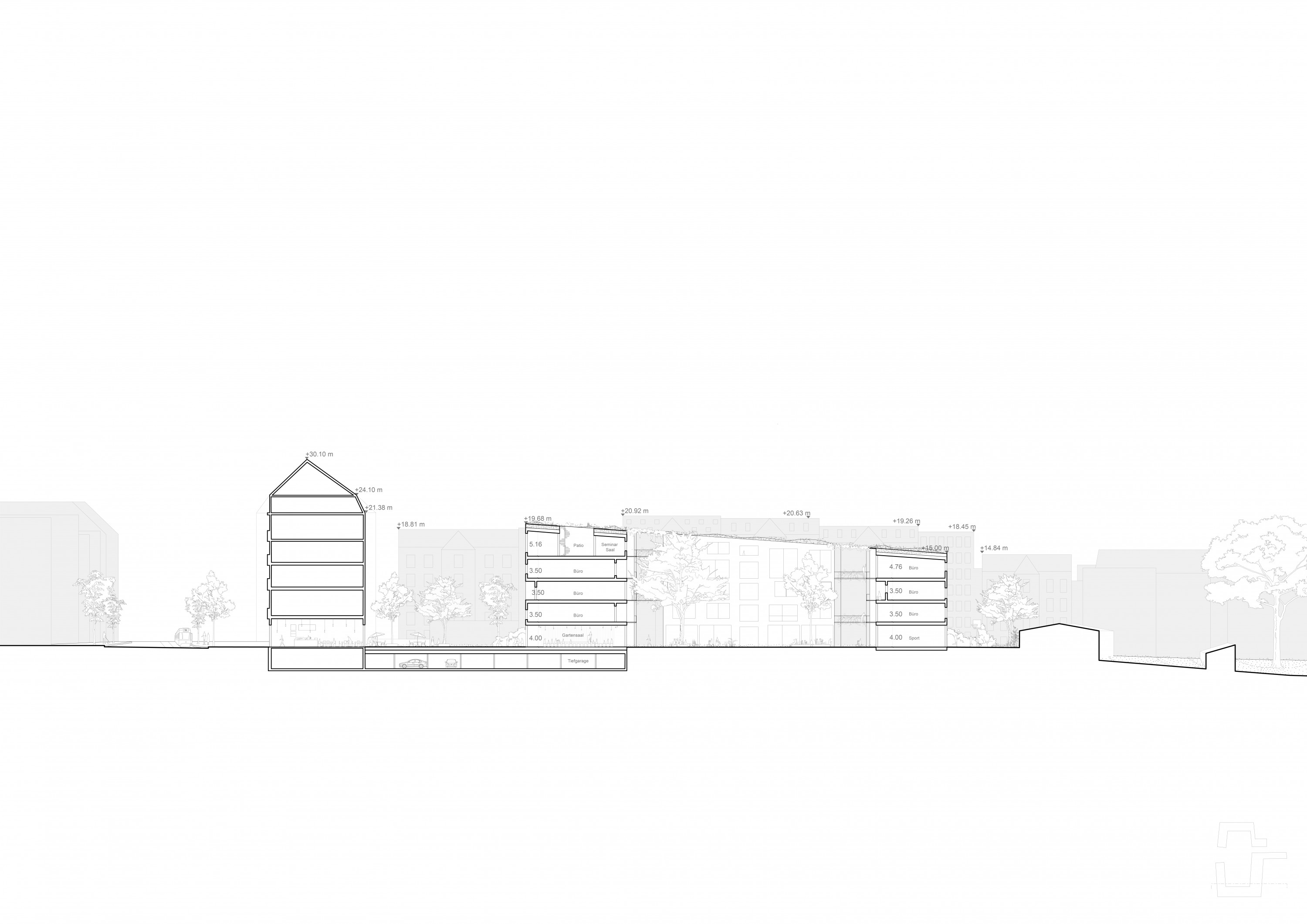 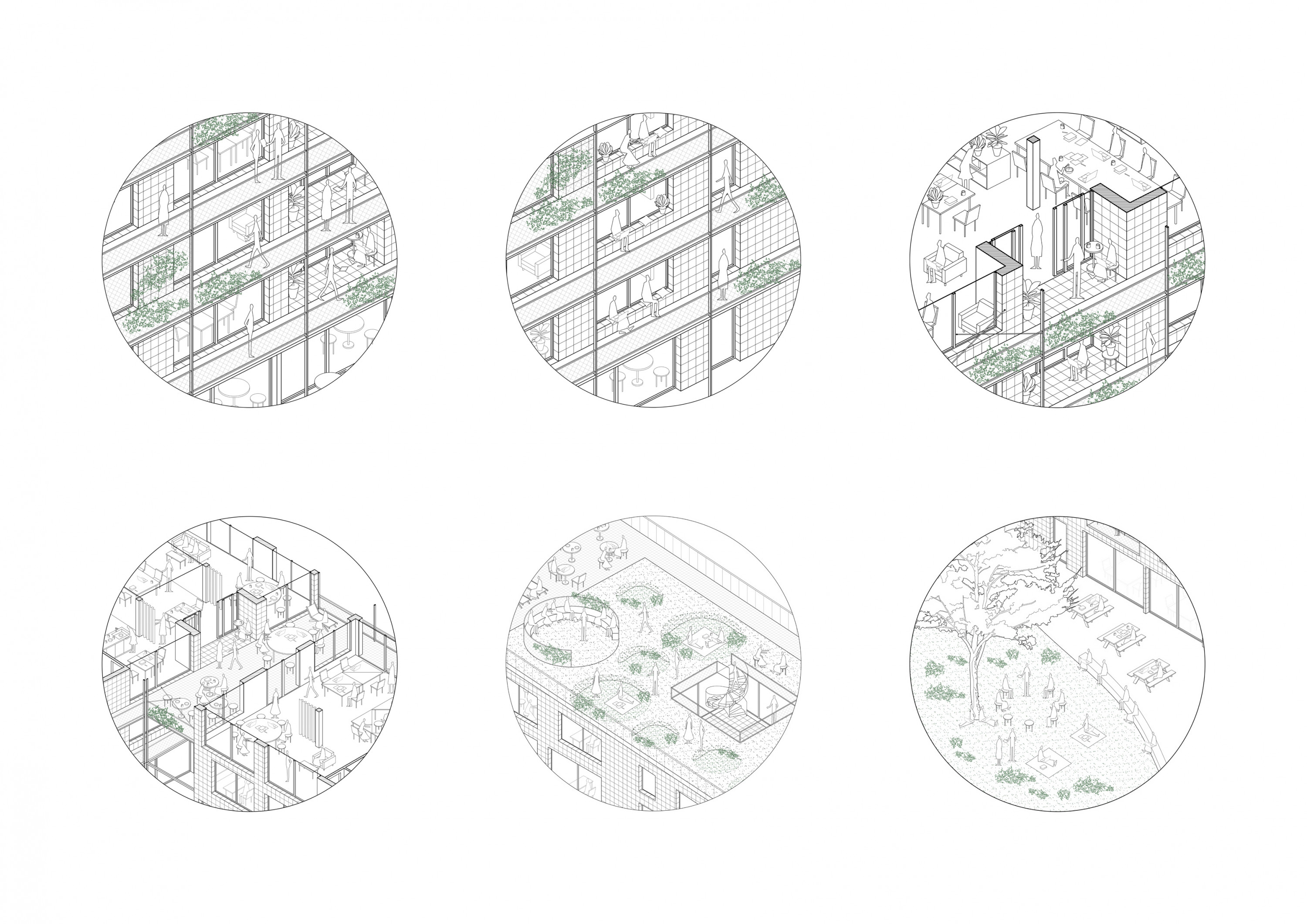 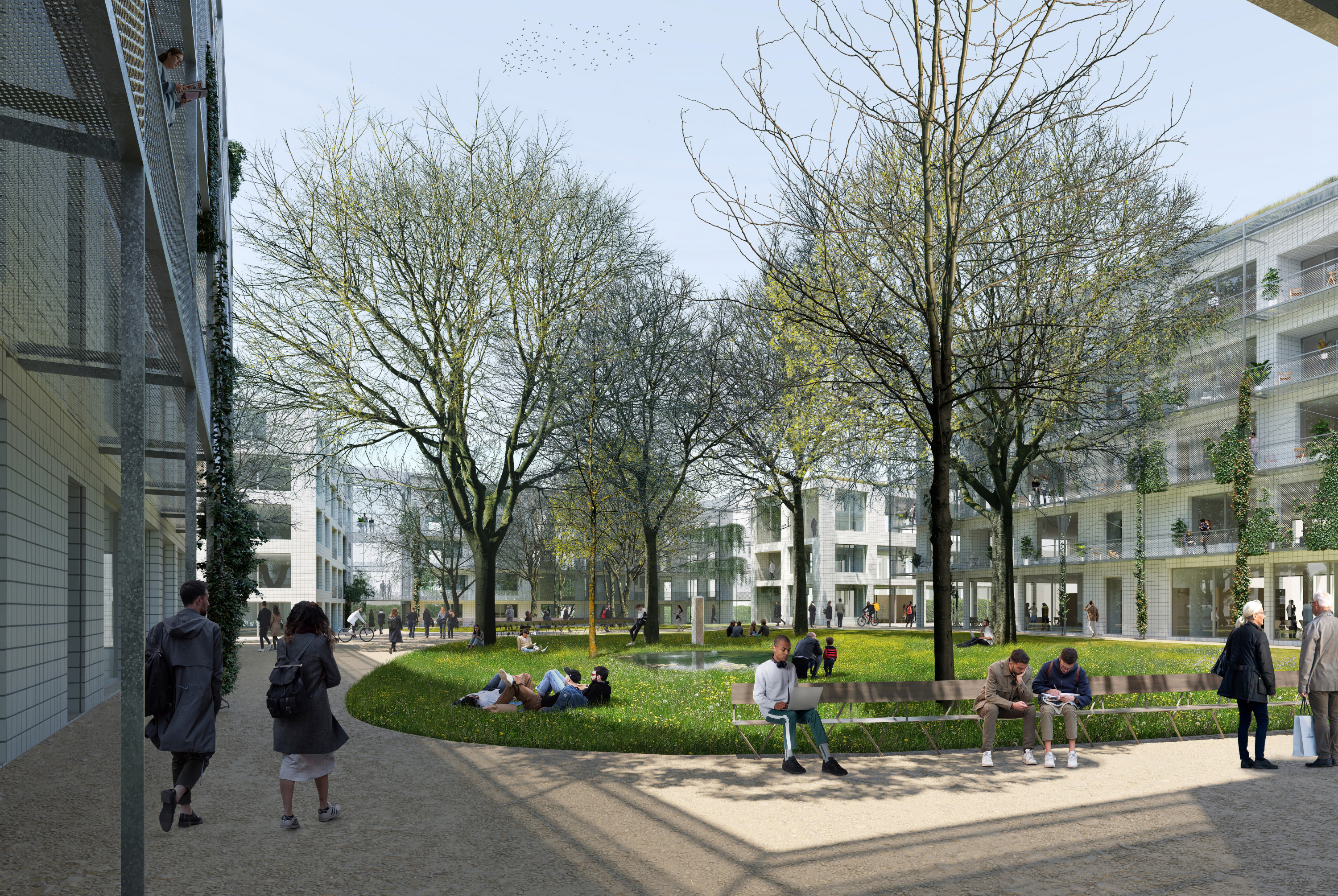